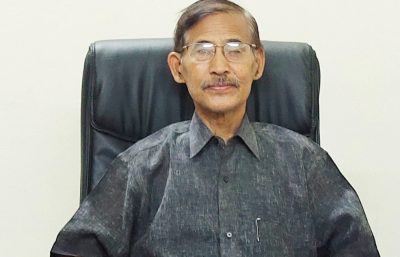 To attract and retain teaching talent that experiments with innovative methods beyond classroom teachings, and bring research to university corridors for enhancing students’ intellect and interest by collaborating for International scholarship in teaching & research.

Prof. Tamo Mibang is an Ex Vice-Chancellor of Rajiv Gandhi University (Central University), Itanagar, Arunachal Pradesh. His contribution and achievement in Academia and Academic administration is unparalleled and inscribed in golden letters in history.

Prof.Mibang has completed his Ph.D. in Dibrugarh University with a specialization of Regional History (Tribal Culture and Development) and M.A (History) in Guwahati University and awarded 08 Ph.D. and 22 M.Phil.,

He is a member of more than fifteen committees and also served as either as Chairman or as a Member in several committees in Rajiv Gandhi University, National Folklore Support Centre, Chennai; ICHR, etc., and has published 46 Research Papers and 25 articles in Regional Newspapers.

Prof. Mibang, through his academic discernment, has contributed exceptionally in the field of academics in Arunachal Pradesh in particular and the Nation at large.